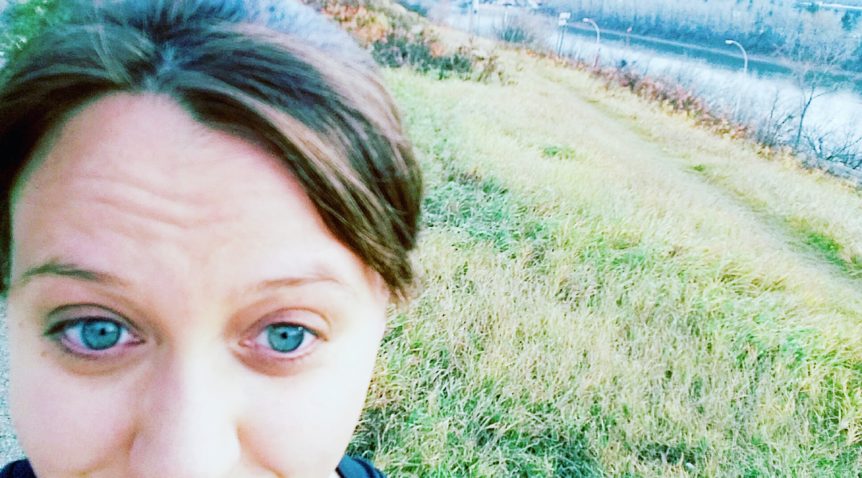 This is the first post in a weekly series chronicling my journey from being completely out of shape post-partum to running my first 50km ultramarathon. Follow my journey on Twitter and Instagram with hashtag #zeroto50k

Last week, registration opened for the Grizzly Mountain Events Canmore Ultramarathon in October 2017. I did this run as a member of a 5-man relay team in 2013 (3 months pregnant with my first child) and as a member of a 2-man relay team in 2015 (5 weeks pregnant with my second) and loved it both times. As I went to tell my teammate from last year that it was time for us to sign up, a crazy thought occurred to me: what if I did it solo? Now that I’m done with the whole pregnancy thing, it seemed weirdly appealing. My best friend/former relay teammate was immediately resistant to the idea, and had plenty of choice language for me for even bringing it up. But the seed was planted. When we resumed our conversation a few hours later, she agreed to my crazy plan for us to both run the entire 50+ km. We both signed up the day registration opened. We are committed, and we are terrified.

Registration for the @grizzlymountainevents 2017 Canmore Ultra opened this week! Who will we see there next October? In a brief fit of madness I signed up for my FIRST EVER solo ultra. This pic is me crossing the finish line in 2015 after doing legs 3, 4 and 5, and my teammate bringing my daughter across the finish with me ☺

The longest race I’ve ever run to date is the Edmonton Marathon. It was, obviously, marathon length: 26.2 miles, or 42.2 km. The slogan for that particular race is “fast and flat”…something no one would ever say about the Grizzly, with its intense mountain terrain and elevation changes. With that taken into account, this will likely take me hours longer to run. When running just the last 3 legs of it in 2015 (about 25km), I just barely made it in before cutoff. I will need to be in dramatically better shape than I have ever been to finish this ultra. So training starts now, just over 11 months out.

I am starting, really, from zero. After the 2015 Grizzly (which I did not realizing at the time that I was already pregnant), I did not run again for the duration of my pregnancy. My second pregnancy was a lot harder on my body than the first, and there were months of it where I could hardly walk, much less run. My longest post-partum run before signing up for the Grizzly last week was about 2.2 km. That’s right…TWO POINT TWO. As in, 47.8 km less than the run I’m training for. So it’s high time to get my ass in gear.

Halloween curse? Starting a training plan today and it called for speed work. With Halloween tonight, I wasn’t going to get an opportunity to go to a track to do it. Decided to use the treadmill in my condo building’s terrible gym while my baby watched. Belt kept abruptly stopping every couple hundred meters, despite the display showing a steady speed. Ended up bailing onto the stationary bike to at least get SOMETHING done. Sigh. Some days you just need to get a workout in, even if it’s a crappy one.

For the first 8 weeks, I am following a 10k training plan from Nike. After that, I’ll take some time to work up to 14 km before starting a 16-week 50k training plan. Along the way I’ll probably sign up to a few more races, including tackling the Sinister 7 as part of a relay team. It feels good to have a plan, and I’m hoping you guys can help me stick to it!

So here’s the recap of week 1 of my 10k training plan:

Workouts: 3 (less than my goal of 5-6, but I was just establishing my new routines…will do better next week)

Biggest Challenge: Finding opportunities to train around my kids’ schedules and my husband’s work schedule

Biggest Mystery: Why are my armpits sore??? 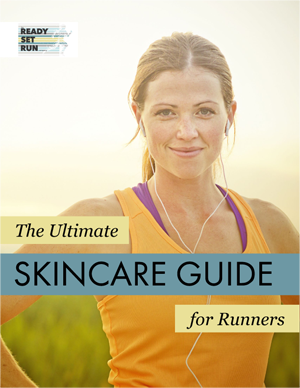 EVERYTHING YOU NEED TO KNOW ABOUT SKINCARE FOR RUNNERS

Use Your Running Habit to Dominate Pokémon Go

Emily is a new mom training to get back into race shape after her second pregnancy in 2 years. Interests include obnoxiously bright shoes and reckless downhills.

Get all latest content delivered to your email a few times a month.